Today I am going to be looking at a complicated word problem that an internet friend from Australia shared with me. (Apparently it was on ‘Reddit’ but I rarely look at that site)

Of course we need to use algebra to solve the problem, but forming the equations did take some thought.

But what about the second sentence. That made my brain fry, just a little, when I first saw it.  And my heading is a bit inaccurate, because I started to make not one extra equation, but two extras.

And I am going to use an extra letter, c

There are 3 different times in the question. There is the current time, and we already have an equation for now.

So at that time  B is ‘a’ years old .  The age of A at that point is described by the rest of the sentence, and we haven’t decoded that. But we do know the age of A then is 4 times something, so I am going to say A = 4c

We now need to decode the last part.

There is nothing particularly special about this complicated word problem, other than it was convoluted and took an extra step of algebra for me to see a solution.

A question of shapes and ratio

I am going to answer a question today about shapes and ratio.

We would be getting to exam season now, if exams had not been cancelled this year. But I am going to post some exam questions with answers in this diary to keep me – and you – on your toes.

Try the question yourself before reading my answer. All questions will be from recent GCSE exams.

What does ‘Similar’ mean here?

A key work in this question is similar. This means the formulas for area and volume will be the same. The ratios between the height, length and any other measurement of the shape will be constant.

Working out the ratios

In my last post, which was a while ago, I looked at the three different ways to solve a Quadratic Equation.  The last of these, ‘completing the square’ may bot seem as obvious as the others, but in fact that is how the formula is found. Also there are questions in GCSE exams, especially on the Higher papers, that do guide the student through this method.

What is useful in the Completing the Square’ method is it can help find minimum and maximum values. You will learn another way of doing that later, called Calculus. 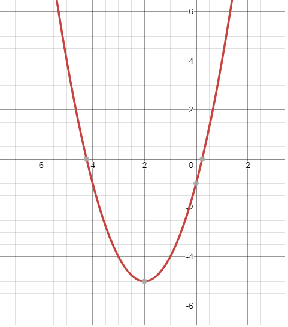 This graph has been created by this website. Its called Desmos and looks like a state of the art way of creating graphs.

Go have a look at it!  There are beautiful ‘sliders’ that help you see how graphs change when the equation does.