The easiest way to learn constructions with compass and straight edge

I know how to do them, but when I have previously taught large groups , I have let others do the demonstration by using YouTube Videos!

In fact, I am going to do the same in this post!!  But first let me explain some history, because constructions with a compass and straight edge have a place in ancient history. It was one of those things the Greeks of antiquity liked to do. In fact it was they who chose the rules.

So what exactly are these ‘Constructions’? Basically they are exercises in Geometry. There are a few of them but here we will look at three.

The constructions – What are they?

The first asks use to bisect a given line. Bisect means ‘divide into 2 equal parts.  (Note all these drawings are example sketches. They have not been created by constriction. See the videos below on how to do those.)

Then draw a perpendicular line  at a chosen point on a line. 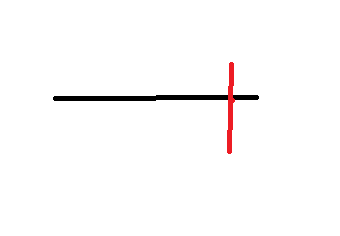 And then, Bisect an angle 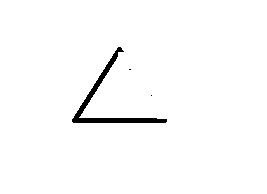 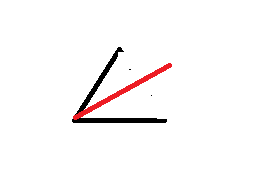 You might be thinking – well that looks easy enough; just use my ruler and protractor. But that is because I haven’t shared the major catch; You can only use a pair of compasses and a straight edge. The rules say specifically a straight edge – You can use a ruler, for this BUT you have to ignore the markings!   This is NOT a measuring exercise.

Why these restrictrictions? Were those ancient Greeks being just plain awkward? Well maybe, but also, they may not have had a protractor, but mostly this is an exercise in how things fit together.

This is the point where I hand over to other experts…..

Here are some more videos showing these constructions

Words to know for Maths questions

The post before last, I gave a few words to know for Maths Questions, and today I carry on with that.

The first post was about words that describe the answers we should give.  Today’s words are about how to tackle the question.

Questions that use the words like prove and show that gives you the end point – the answer – in the question. The requirement then is to show understanding of how to get to the answer.

We are all told that it is important to ‘show our working’ but in this type of question a prove question, its the ‘working’ that is the point.  You need to show each step of the process of getting to the answer. Its fair to say that ‘Mathematical Proof’  is a rigorous process.

The further you go in Mathematics, the more important ‘Proof’ is compared to ‘doing sums’  – especially in what is called ‘Pure Mathematics’.  This was we get results, or answers, that can be reused many times in other questions.    I’ll write another Post on Proofs later but here is a link to some examples of proofs.

The other words I want to mention today are Hence and Otherwise. Hence is a very helpful word because if you heed it, you will save time in answering a question.

A simple example would be a question like this

The question here says, solve the second part using your

answer to the first.

I think with this question, we would do it this way anyway, but the word Hence is more than a big clue, it is an instruction to use the first part.

The alternative is Hence or Otherwise.  Questions with this wording also give a big clue that the quick way to answer is to use an earlier part of the question, but the otherwise lets the student find an alternative way.

My advice would be to look for a way to use the work you have already done. Its probably going to be quicker. Only go for otherwise if you really can’t see a way of doing this.

Every year at Christmas, The Royal Institution Christmas Lectures are  a series of lectures aimed at older children, perhaps aged 11 to 14. Each year these lectures are on a different Scientific theme. When I was at the target age, they were an important part of my own Christmas experience. There was a break from televising them, but they reappeared on the schedules a few years ago. Now they are part of my tradition again.  This year I was excited to learn they were on 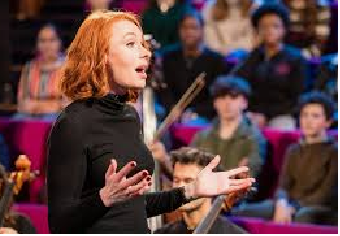 a maths theme, and the lecturer was to be one of my favourite YouTube Mathematician, Dr Hannah Fry.

Do the current lectures match my memories as a kid?

Well, there are ways in which they can’t! For me they were an intrinsic part of visiting my Grandparents after Christmas, and of course, I’ll never watch them as part of the target audience again.  There are now only  three lectures each year, compared to six in my youth.

I give that as background, so that my initial impression makes more sense, which was that this year’s lectures seemed to cover a lot of ground. There was a dizzying pace from one example, experiment  or set piece to the next, with the Mathematics explained only at a surface level.

Rewatching for this post, I found I enjoyed the lectures more second time round.  Dr Fry’s purpose for her talks was, I think, to show what Maths can do rather than how it could do it. I think the lecturers in my Christmas memories went deeper, but perhaps that was a trick of perspective.

The Hidden Power of Maths

The subtitle of this year’s talks was ‘The Hidden Power of Maths, and if my concern was that a lot of the Maths did stay hidden, Dr Fry did give a lot of examples of how maths effects our lives today.

I think her greatest success was to encourage her audience to appreciate that Maths isn’t just about numbers. As she says early in the first lecture, “Maths can offer a new way of looking at almost anything.”  She gives many interesting examples of where Maths can be used. Like  Crowd control, weather forecasting, disease control and football tactics. That was all in the first lecture.

The idea of an algorithm was explained well

In the middle episode, Fry made a good job of explaining the idea of an algorithm. They are good at solving a Rubik’s cube. They are less good at recognising a dog as a dog, and in making a cup of tea. Instructions to a machine have to be very specific in definitions and what to include

I thought the final talk was the better for not trying to cover so many examples. It opened with a spectacular cycling stunt, and closed with some examples of how maths can be used to fool us with fake news and fake music. I confess I found it very hard to tell the fake music from the real.

Despite my reservations on the breakneck speed,  I would still recommend The Royal Institution Christmas lectures to any Maths student. They are available on YouTube.

Exact  Sketch and Plot are three words you may see in exam questions that have specific meanings.

This is the first of 2 or 3 posts I intend to make this week about words you may see in an exam question and the specific meanings of these words. I might run a quiz on these words in a few weeks time.

One of my students likes to reach for his calculator to given a numerical answer to questions – but this is what you should not do when a question asks for an exact answer.

A question that asks you to find an exact value, and you reach in your calculations  π + e, then leave this as the answer. Do not write the answer as 5.860  (though that is correct to 3 s.f, its not exact)

If a questions ask for a sketch of the graph of a function, it is not asking you to find the values over a range, and plot each point. The idea behind a ‘Sketch’ question is to give a general idea of the shape of the graph.  Certain points of interest of the graph are important in a sjetch

i) Points where the axes are crossed
ii) Turning points and points of inflection – where the gradient is 0
iii) Asymptotes – lines to which the curve is getting close to but not touching
iv) An idea of what the function does outside the range; Gets bigger/smaller, tends to 0, repeats (as in sine curve)

In sketching this function, the important things to note are
i) Its always positive
ii) It will have a maximum when 1+x2 is minimum (when x=0). This will also be the pint the y axis is crossed
iii) To the left and right the line will get closer and closer to the x axis.

And here is my sketch of the function.  I should mention here I find it much easier to sketch graphs with hand pencil and paper than I do with a mouse. This isn’t great but gives the idea

In an exam question on graphs, plot is asking for the opposite of sketch.  This is where you are expected to work out values of the function, plot them on the graph and join up.  Draw has a similar meaning.

In the next post I will give some of the words that signify a ‘proof’ type question, and what each one means